This is a true story based on my personal experience of recently applying for a schengen visa from Oman,

Firstly, I will briefly tell you who I am. I am one of the 3.31 million Indian residents in Oman. I am 22 years of age, have been in Oman for 2 years now and work as a marketing executive with a 600 Omani rial salary per month. I go to work every morning by bus and come home the same way. I go back home twice per year and perhaps yearly take the occasional ‘holiday’ to Thailand or Georgia or anywhere else not requiring visas for Indian nationals. In a nutshell, whether you are a Pakistani, India, Filipino, Bangladeshi, Palestinian, Syrian, Aghani, Iranian or perhaps some other developing world nationality reading this- I AM YOU!

And Like YOU, I also succumbed at first to the numerous ‘bazaar tales’ and stories about applicants like us being refused schengen visas.

So what are some of the reasons why WE might be refused. The list is probably long and wide however the most common reasons include:

So as you can see number 1 above is actually the main reason/doubt in the Entry Clearance Officers mind when assessing our applications.

Let me talk about these points in a tiny bit more detail, initially I, and I am sure you did also, assumed that ‘travel history’ meant ALL the countries that you have been to. So some people may have countless stamps to Thailand, Africa, Georgia, Armenia, Iran, GCC countries etc etc and you MIGHT assume that you have a GREAT travel history. The answer is actually YOU DON’T. As I rightly discovered, the only relevant and deemed ‘travel history’ when applying for a Schengen visa is if you have travelled to either the US, Canada, UK, Ireland or Schengen before.

To be honest if you think about it, it kinda makes sense, if as an Indian or Pakistan or filipino you can travel to all these other countries and just get a stamp on arrival with no actual ‘assessment’ by the consulate on your likelihood to overstay or not, then why would that travel be relevant to you entering the schengen. Another easier way to think of it is, ‘if you have been to the UK, USA, Canada, Schengen before and have not overstayed and returned, then why would you overstay now?, hence you ARE considered to have a travel history.

So Travel HISTORY= How many times you have been to a ‘western country’ i.e Canada, USA, Schengen, UK and not overstayed.

Now here lies the problem, somebody has to give you a chance ONCE to enter one of these countries otherwise how else can you build a travel history right?

SO, what DID i do, well just like YOU, i had NO travel history, I had however travelled to Thailand, Armenia, Georgia and Panama.

So What did I do, so let me tell you how I got my visa.

Step 1) Research the consulate/country before you make your application YES it is in part true that certain countries are easier to GET the schengen for than others.

Some of you might be thinking, how could that be true. Well, think of it this way, certain countries are richer in Europe than yours, such as Germany. Some countries in Schengen have no tourism industry and thus are trying to encourage tourists to come in, as they need the revenue. You must also think about the average income in Lithuania for example compared to the average income in Germany. Lithuania’s average income is less than 500 Euros per month. Remember also that some countries have only recently joined Schengen and have experienced a very low amount of asylum seekers or illegal overstayers and therefore they are not very worried as much about this as say other countries. Migration is definitely the hot topic and debate in Europe right now. Also by researching the internet and reading about the fact that Lithuania is trying to increase its earnings and boost tourism, I decided to apply for lithuania.

So to recap my reasons for choosing lithuania consulate over others in countries were:

So that’s my reasoning and research!

Well next the process to apply.

Now comes the question of ties to Oman, well as a non-emirati, it was obvious that I can’t show substantial ties or indefinite residence in the Oman, so it’s important for all us other ‘normal’ people to show ties (whatever we have) to our home country.

I showed the translated and attested land documents and valuations of my father in India, together with a declaration from him that as his son I am to part-inherit those. I also showed my bank balance in my Indian account, which luckily I had some funds in there which were my savings.

In total I showed about 2500 Rials savings, a culmination of my own savings and other funds that I had borrowed. Remember it is important NOT to show any last minute funds deposited in your account, as these will always be questioned. I had borrowed some money quite a few months earlier and put it in my account 6 months before I was due to apply.

Some embassies will require you to book an appointment in advance, with some consulates having waiting times for appointments almost 2 months prior to travel. Luckily with Lithuania there was no such waiting period. It’s important to consider this when applying for a schengen visa from Oman.

Finally I drafted a covering letter, whereby I explained my reasons for travelling and why I chose Lithuania as a holiday spot. I also spoke about my career plans in Oman and my circumstances in India. I requested a single entry 7 day visa rather than a longer multiple. I also asked in the letter that I please be contacted for Interview and expressly wrote that the best way to understand a person’s reasons for travelling is to speak to them and assess them whenever possible.

After applying for my visa, I waited for nearly 14 days (the max processing time) and on day 14th, I received a phone call from the consulate. ‘So why have you chosen Lithuania specifically?’, and what do you intend to see there’. I realised this was the interview, obviously I was prepared and had all the places that I planned to visit memorized, I explained it with much excitement. She then asked me to confirm the total cost of the trip to me and my salary, to which I explained it was proportionate to my salary and to visit Lithuania even though the tickets were no different then buying a ticket for India during peak periods such as EID! ‘Ok’, she said, ‘We will make a decision by tomorrow and you will be notified’. It seemed quite positive, but at that point, you can never tell.

The next day I received my SMS, and went for passport collection to find that my visa was issued!

7 days of single entry, that’s all I needed.

I have since visited Lithuania, Poland and Germany and returned to Oman. Remember the schengen visa even though valid for Lithuania allowed me to travel to all 27 countries, so visited the neighbouring countries of Poland with which Lithuania has a border and from there to Germany that has a border with Poland, was going to go Switzerland too but didn’t have time, I simply catching a train from Vilnius. Once you are in any Schengen country going to another Schengen country there are no borders or passport checks and it’s all open road.

So this is how to get a schengen visa from Oman and how to avoid a refusal.

I hope the above helps and please contact me for any help or advice! PS I am now working in London.

Feel free to leave comments below, I will be happy to reply with tips! 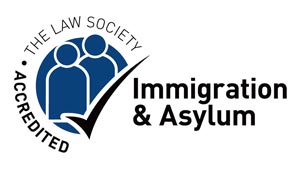 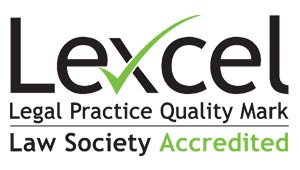 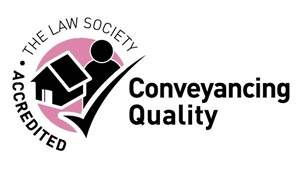 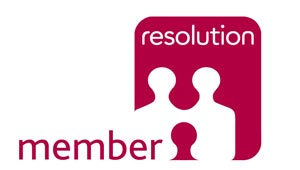